You are here: Home1 / #EdinburghPride

Here’s our round up of exciting things to keep you busy in the city this month! 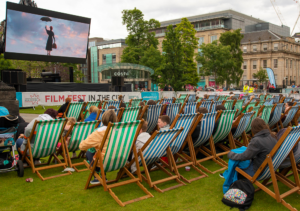 According to Artistic Director, Mark Adams the festival offers “The chance for our audiences who come along to Festival screenings and get to see and sometimes meet some of the film talent involved is always a highpoint of the EIFF experience. We love to have guests at our screenings and to involve them in post-screening Q&A sessions and I think the guests themselves also get a kick out of the experience.”

See a variety of films at the International Film Festival. From ‘The Best of British’, to ‘World Perspective’ and ‘Phenomenal Women’ to ‘CineCuisine’, there’s really something for everyone this. Have a look at the official digital program now to build your perfect weekend.

Excitingly this weekend welcomes the start of the ‘In Person: Special Events’, hosted by Danny Boyle, shall offer an exclusive opportunity to hear from key big names in the film industry about their careers.

From wellies to watches, feather hats to fabulous frocks and a stunning selection of bespoke jewellery, designer knits and country wear, the Royal Highland Show has many independent designers showcasing the best in contemporary fashions. Make sure to keep an eye out for the Highland Coos.

You can enjoy free talks and tastings in Scotland’s Larder Live! and the Cookery Theatre. A popular place for little ones is the RHET Discovery Centre, located on Avenue Q. There they can take part in cooking classes and learn more about where their food comes from.
There’s live music, great entertainment and lots to enjoy!

Find out more about what could get up to at the Highland show by looking at their website. 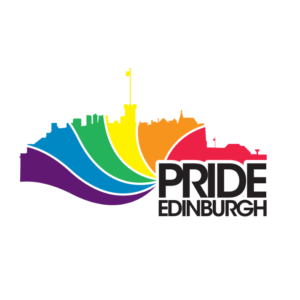 2019 is a huge year for the LGBTQI+ community as it marks the 50th anniversary of the Stonewall Uprising in New York, which played as the global starting point for the pride movement. Many brave people from the transgender and drag queen community banded together and made a stand so that generations to could feel safe, loved and accepted.

Join the march on Saturday 22nd June for our 24th Edinburgh Pride Event to time celebrate diversity, what makes us all unique so be proud to say #ThisIsMe.

An Extra Tip from the locals! Make sure to head over to CC Blooms Bar after the march to catch Edinburgh’s biggest and brightest Drag scene, see their facebook for a round up of their event and show times.

12:30: Pride Scotia March moves off, heading North and turning left into the Canongate, proceeding ahead into the Canongate, then the High Street. Continuing west up the High Street, turning left at Lawnmarket Junction into George IV Bridge, continuing along George IV Bridge, a slight left into Bristo Place, Turning Right into Potterrow, ahead into Potterrow. Turning Right in Crichton Street.

13:15: Turning right into Charles Field, The Pride Scotia March arrives at the EUSA Campus the Site of the Pride Edinburgh 2019’s This Is Me Festival

The race for life 5k is thousands of people uniting with one purpose – to raise valuable funds for life-saving research.

The race is happening at 11am on Sunday the 23rd of June and it’s not too late to take part. Bring your dogs, your pushchairs, your friends and family and join a city that’s ready to make a difference!

The Edinburgh Holyrood course is set in the amazing grounds of the Royal Park in the centre of Edinburgh. The route starts and finishes on the field adjacent to Holyrood Palace and runs around Arthur’s Seat, taking in the beautiful views across Edinburgh. This event is mainly on footpaths and has one large incline.

Register to take part in the run here.

An exciting new exhibition, ‘Wild and Majestic: Romantic Visions of Scotland’ is being launched at the National Museum of Scotland. Even today the defining images of Scotland are made up of the dramatic highland landscapes, heroic histories, bagpipes and tartan. This exhibition considers the origins of these ideas and explores how they were used to represent Scotland around the world. Explore an alternative truth for Scotland from propaganda, military regimes, music, literature and costume that birthed Scotland’s journey into the global imagination.

The exhibit is free for Museum Members, £10 for Adults or £7.50 for Concessions

Watch the full launch video for the exhibition here. 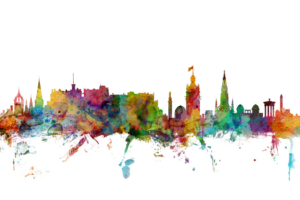 For more inspiration on what to do in Edinburgh this June check out Edinburgh Tourists Guide .

Remember, keep us updated with your Edinburgh Adventure using @destinationedinburgh and @glorydays.edinburgh on Instagram and Facebook for the chance to feature on our social media feeds.