We are delighted by our newly formed partnership between the Toronto Wolfpack and Glory Days as their travel partnership, Wolfpack Tours. We are offering unparalleled service for Rugby League fans looking to travel from the UK to Canada for the Super League in 2020, as well as to Canadian fans visiting the UK.

“Glory Days are delighted to be working in association with the highly progressive Toronto Wolfpack on “Wolfpack Tours”.

Adding “As we progress we aim to run tour packages to and from Toronto for all Toronto Wolfpack Super League matches as well as other key fixtures and offer exclusive opportunities for Rugby League fans. We believe Toronto Wolfpack are here to stay and will add a huge amount to an already superb competition.”

Wolfpack Tours are the only tours that are Official and approved by the Wolfpack, with tours running for all 11 visiting teams to Lamport Stadium in 2020. Each tour includes a guaranteed access to the Wolfpack’s famous Friday night fan welcome, match tickets, beer tokens and the option to upgrade to game day VIP. This unique Canadian take on luxury sporting experiences includes a pre-game stadium tour, food and drinks at field level, table service and a meet and greet with players.

We at Glory Days are a team of experienced UK based travel consultants, who can assist fans in gaining quotes for travel to Wolfpack away games including flights, hotels, transfers, match tickets and a range of optional add-ons. Any fans booking will also have the chance to be linked in with fellow travelers, Wolfpack staff and UK based fans to enhance their experience. See our full range of tours on our website here.

Look at our brochure HERE for more details

Glory Days can offer you both, Land Packages (not including flights) and Flight-inclusive Packages.

All our packages include expert planning and organisation. We have a range of opportunities for you to personalise your bespoke travel package, every step of the way. Including adding additional nights to match your requirements and hospitality upgrades (as they become available).

We hold our own ATOL and ABTOT licenses meaning we are protected and you can book with confidence.

While Toronto offers the perfect back drop, why not explore the surrounding areas to make the very most of your holiday.

We are delighted to offer package upgrades to include additional trips to the breath-taking Niagara Falls, New York and More!

Support your team in Toronto.

This is Super League like you’ve never seen it before!

We want to build your Rugby League trip of a lifetime. 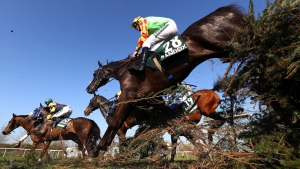 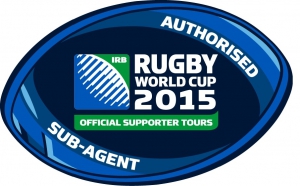 Do you know your “Garry Owens” from your “Johnny Wilkinsons”?

Or your “Good arrows” from your “against the heads”?

If you think you’ve got a good knowledge of rugby, why not test yourself with this Rugby World Cup Quiz

Remember we still have a limited number of tickets for knockout stages still available!

The ICC Cricket World Cup, due to commence next month in New Zealand will be one of the major sporting events of the year.  Scotland have now named their final 15 players for the team and are excited heading into their third World Cup campaign.  A full list of the team and news release can be found here:  http://www.icc-cricket.com/cricket-world-cup/news/2015/media-releases/84267/scotland-names-final-15-man-squad-for-the-icc-cricket-world-cup-2015

Glory Days are delighted to be involved in the Cricket World Cup as an official licensed tour operator, and even more so as we have organised a full trip and itinerary for one of the Scotland team’s parents!  We are sure they are extremely proud and this will be an amazing opportunity for them to see their son play in such a fantastic event.  We will be rooting for him and the team, and would like to wish Scotland all the best in the Tournament!